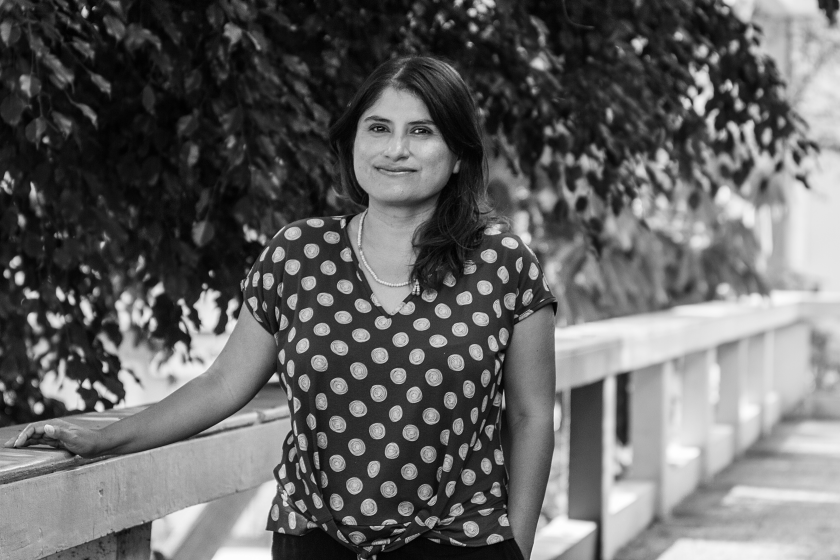 In honor of Peruvian Independence Day this past July 28th, I am proud to bring you our first interview with Peruvian director MELINA LEÓN.

Melina talked to me about her magnificent first feature CANCIÓN SIN NOMBRE (Song Without A Name) which premiered at the Director’s Fortnight section in Cannes last year and went all around the world in the festival circuit gathering several awards.

Based on a true story, CANCIÓN SIN NOMBRE follows Georgina, a young woman from the Andes whose newborn daughter is stolen at a fake health clinic. Her desperate search for the child leads her to the headquarters of a major newspaper, where she meets Pedro Campos, a lonely journalist who takes on the investigation.

The film is opening in the US this upcoming August 7th through Film Movement’s Virtual Cinema platform. Do yourself a favor and do not miss the chance to watch this incredible directorial debut!

Let’s get into it.

Film Mamma (FM): Melina, thank you so much for sharing your experience with us and congratulations on a wonderful film. The story is harrowing and fascinating, especially because it is based on real events. How did you find this story?

Melina León (ML): My dad was one of the journalists who wrote about this case back in the 80s in Peru. I was about to finish grad school in NY and was looking for a story for my first feature when he called me to say he had spoken with a French woman who wanted to meet him because she was one of the babies that got kidnapped in those days.

FM: How did you decide you wanted this story to be your first feature?

ML: I thought it was incredible to witness the whole situation. The mysterious woman approaching my dad, the abuse and suffering her mother went through, her own suffering, the suffering of our country and its indigenous population (the majority of us).

FM: How long did you work on this film from inception to completion?

FM: That’s a long time, but not necessarily when it comes to making movies. How did you manage to pay rent and live while working on your film?

ML: I love this question, nobody ever asks. I did it by working way too much! After work then work and then on the weekends. Thank God I love what we do.

FM: How long did it take you to work on the screenplay? How many drafts did you write?

ML: We spent years with the script, but of course most of it was downtime since both my co-writer and I were working full time on other things. We wrote many drafts, can’t remember a number.

FM: What was your process for finding and attaching a producer?

ML: I attached myself! I’m the lead producer! Then it was a matter of convincing Rolando Toledo from La Mula Producciones in Peru to help us out. And then the help of Inti (the DP) and Michael (the co-writer) was voluntary, they helped me all along so they deserved the credit. Also Maria Carlota Bruno from Brasil (Inti convinced her), she became an associate producer, and my thesis short film convinced my good friends in New York with Torch Films.

FM: What was the budget for the film and how did you finance it?

ML: Around US $650,000. Financed it mainly through DAFO (Ministry of Culture of Peru), Ibermedia, Jerome Foundation, ICAA, crowdfunding and equity. Plus the support of La Mula Producciones.

FM: How did you find your actors?

ML: I went to Villa el Salvador, a huge neighborhood south of Lima. It’s the place that inspires the film. It’s an impoverished neighborhood that oddly has many local theaters, mainly for the children and youth (oddly or actually because they were run by progressives for many years.) I went to one of the most important ones, called Arena y Esteras and they dug the idea and accepted that I would do the casting there.

FM: How many shoot days did you have? How did you approach the shooting schedule?

ML: 31 days of shooting in 5 weeks. Our director of production, Marco Moscoso, made it possible. WIth the DP and AD we had to cut out so many scenes during shooting, but the film survived because we were very careful with these cuts. We also tried to do things chronologically as much as possible.

FM: Your camera language is beautiful, the light, the pace, the framing. This is the second time you work with Inti Briones, tell us about the process of finding your language for this film.

ML: It’s hard to describe how intuitive processes work. All I can say is that we share a point of view with Inti about how we see the world. We share the common experience of growing up in Peru in the 80s and 90s. With all of that, we watched films together and discussed our preferences and phobias, etc.

FM: What was your favorite moment during the shoot?

ML: When the entire crew had to run downhill to get a shot in one take when Georgina was in the “pasacalle”. The commitment of the crew in that moment was beautiful and deep.

FM: What is the most important lesson you learned during production?

ML: Always hire Marco Moscoso. He is a calm, poetic and grounded producer.

FM: What obstacles have you found as a woman director and how did you overcome them?

ML: Macho men not taking your humanity in consideration, let alone your work! Macho men plus women who think like them, talking behind your back during a shoot or elsewhere. The remedy is to have in place friends willing to stop them, the courage to stop them yourself and joining feminist organizations to help yourself and others. Talk about it, think about it, discuss, read. Face the violence coming at you every day and then use your creativity to contribute to change this world entirely.

FM: If there is one advice you can give to first-time filmmakers as they embark on their feature projects, what would it be?

ML: It takes the same amount of time and effort to make a good film and a bad film. It’s almost a choice.

Thank you so much again, Melina. I hope you lovely readers find this interview helpful as you embark on your own projects!

I cannot wait to see what Melina does next, buen viento and all the success in your future projects!